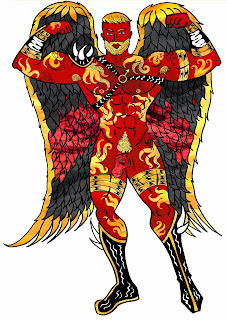 the Shoreditch Fringe and as the date (30 July) almost coincides with the opening of the Olympic Games in London 2012, we will have an Olympic theme.

Velvet Tongue will celebrate its Olympic edition with a tribute to the human body in all its forms and shapes, presenting a muscular international ensemble including:
Plus the usual open mic slots and other surprises still to be confirmed.

In good old Olympic fashion, some of this will be performed the way sports were performed in Ancient Greece: in the nude.

OPEN MIC slots (5 mins): email Ernesto (ernesto [at] sarezale.com). NOTE:  The open-mic quota for this month's Velvet Tongue has been met, which means that anyone requesting a spot after the 19th of July will go onto a "waiting list". There are usually drop-outs on the night, so many of those on the waiting list will probably have the chance to read/perform anyway (and  will get in for free).
Posted by Ernesto Sarezale at 07:51